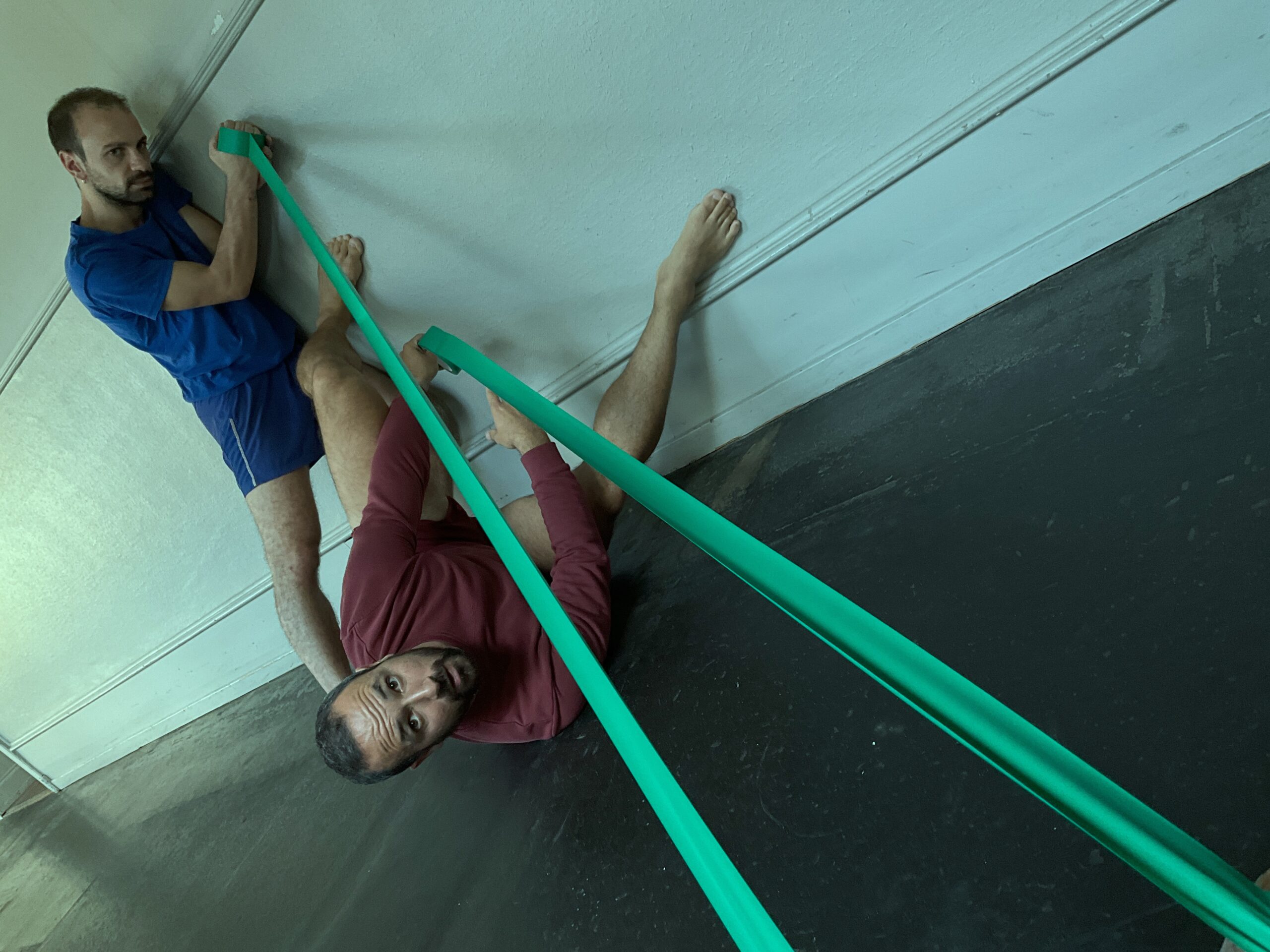 It’s not easy being straight.

Sitting upright at the table, acting with integrity, staying within the lines on the road, performing a traditional gender role with conviction, not bending under life’s burdens — all of these are endlessly demanding tasks. The new dance production “Linearity” shows two men doing their best to bring straightness into the world. Ambitious, energetic, and carrying rolls of bright adhesive tape, they restructure their environment by creating straight lines in the unlikeliest of places. Or at least that’s the plan.

It’s as if the audience were watching a construction site. The dancers make measurements and sketches, they build and lift and bulldoze and raise a lot of dust. In the middle of it all, recognizable forms start to emerge. Even the dancers’ own bodies are drawn into the scheme, trying to straighten out their natural wobbles and width and curviness into the ideal rectilinearity of a Euclidean line. They perform miraculous feats of organization, stunning lifts and thrillingly synchronous steps. But linearity is not as easy as it seems. The best-laid plans always seem to be undermined by shaky ground, faulty planning, and interpersonal differences. Who knows when this construction will ever be finished?

The movement language of “Linearity” is based on an extended dialogue between straight lines (think of Euclidean geometry, Cunningham technique, Olympic gymnastics) and luxurious curves and wiggles (think of jellyfish, oriental dance, and those giant fan-powered inflatable figures called “sky dancers”). How straight do we really want to be? How many curves can we handle? The choreography looks for answers to questions that end up being surprisingly personal.

Like watching Sisyphus roll his rock up the mountain, “Linearity” shows the fascinatingly endless task of imposing straightness on an irregular world. The effortfulness of the work, the dancers’ struggles to conform, the environmentally problematic residue of sticky tape — such factors leave the spectators wondering about just how desirable “straightness” actually is.

WE GRATEFULLY ACKNOWLEDGE FINANCIAL SUPORT FROM THE FOLLOWING ORGANIZATIONS 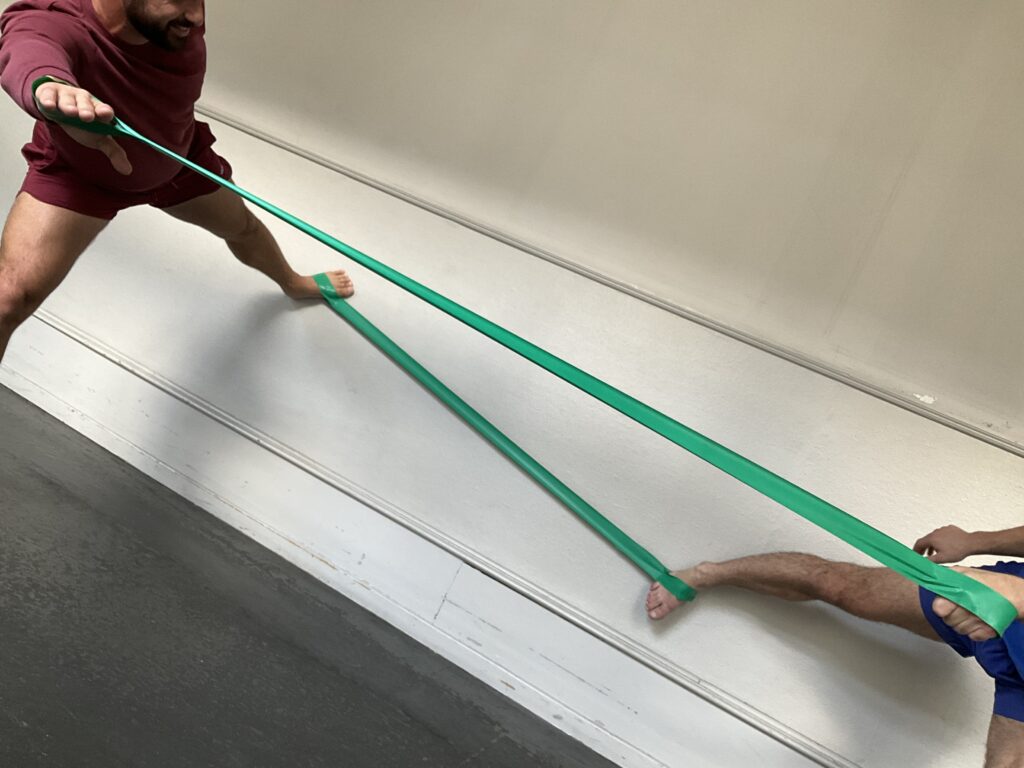 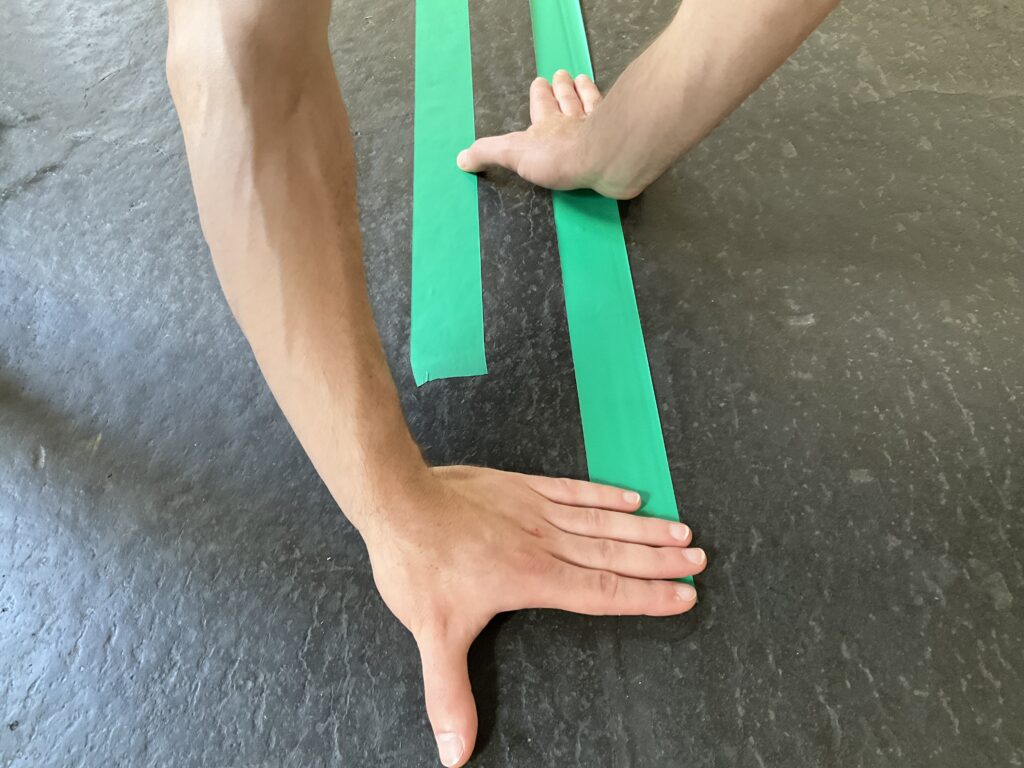 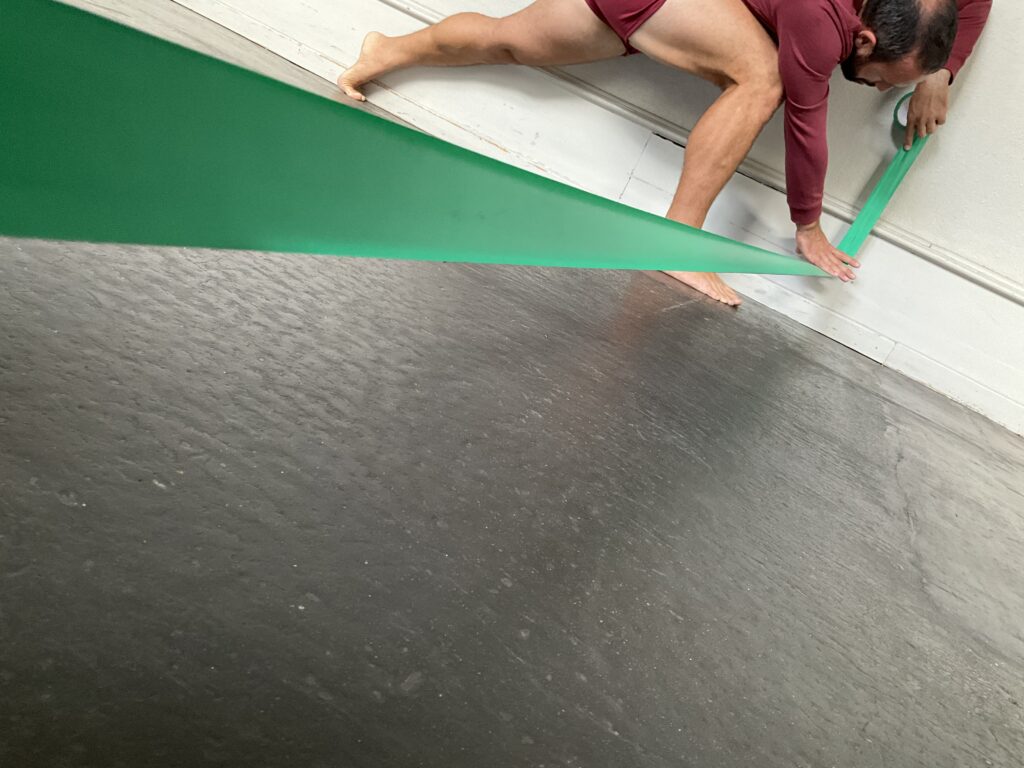 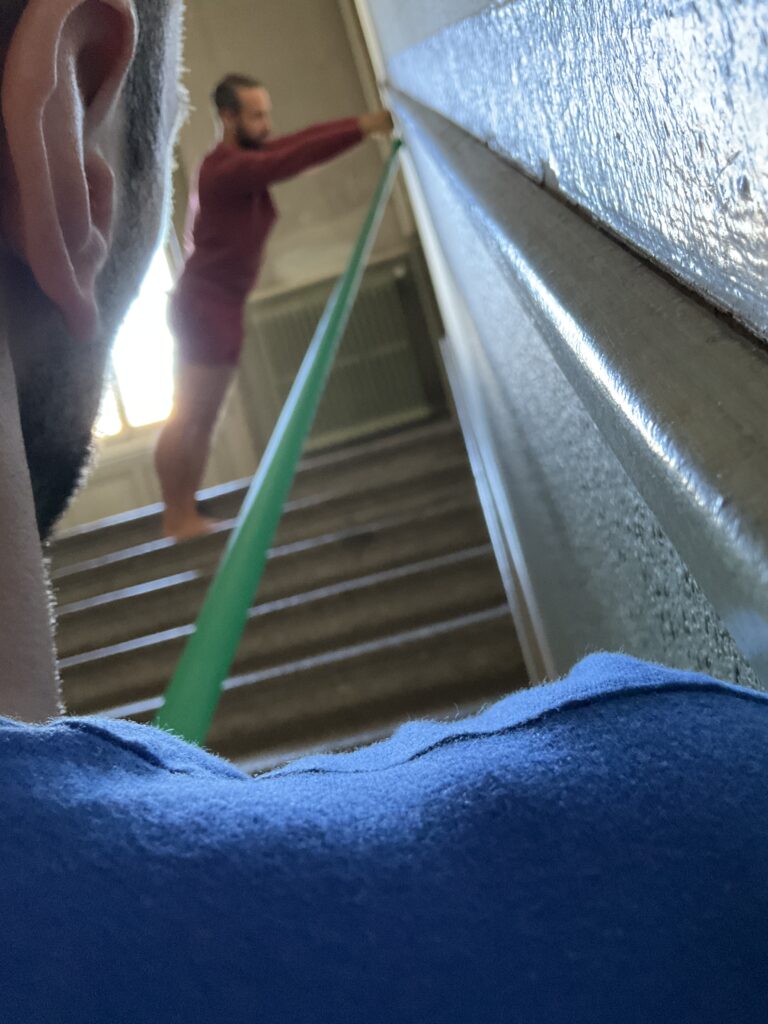 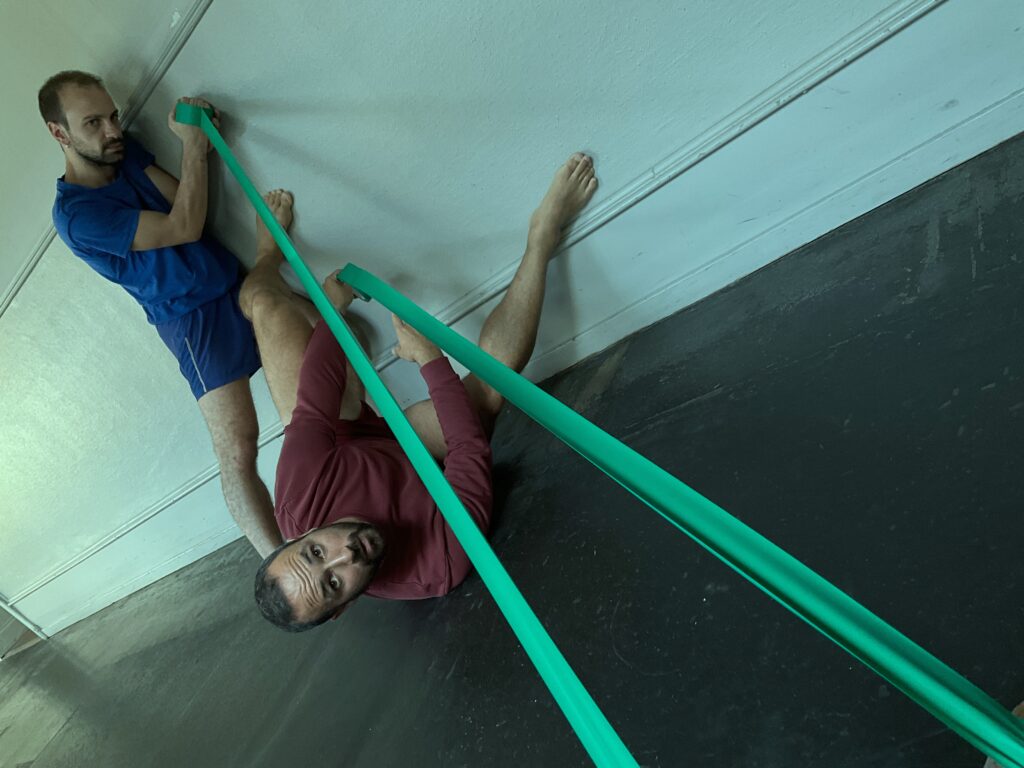