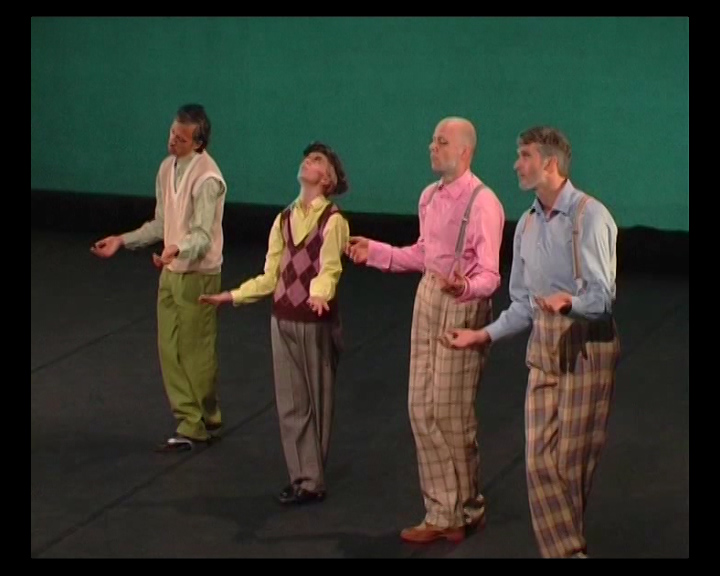 The Election of Cardinal Ratzinger as Pope Benedict XVI

Dance creation for four dancers, depicting the funeral of Pope John Paul II, the papal conclave, and the coronation of  Pope Benedict XVI

Finalist at the 2007 Hannover Choreographers Competition

“In general, the Hannover Choreographers Competition was rather classical and conventional this year. Nevertheless, besides Ballet 101, two other productions which made it to the finals won over the audience with their mixture of originality and humor. The latter is certainly rare in contemporary dance. Actually, though, the subtle sort of comedy which well-chosen movement can convey is a wonderful tool for forging connections between stage and audience. In this way, Caroline Finn (from England) and Joshua Monten (from the US) enthralled the competition’s spectators…. The black horse candidate and one of the public’s absolute favorites was Joshua Monten’s rendition of The Election of Cardinal Ratzinger as Pope Benedict XVI. Monten may be employed by the Stadttheater Bern, but he’s been able to preserve his indubitably American perspective on European peculiarities. As he depicts it, the papal conclave is a convention of four senior citizens in plaid golf clothes moving to the sounds of foxtrot, each trying to shuffle-ball-change their way right into the Holy Office. The papal election as a dance piece: a sharp departure from the standard repertoire.
Hannoversche Allgemeine Zeitung, 4 Oktober 2007 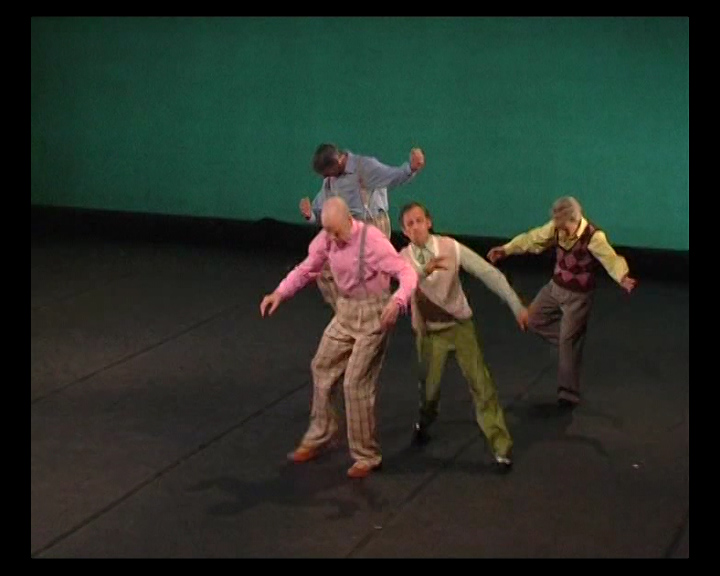 “Joshua Monten earned an extra portion of applause for his satirical interpretation of the papal election. This choreographic feature story says nothing and yet means everything. The cardinals’ body language (among whom Monten has hidden a woman) is knowingly exaggerated. With their synchronized hunchbacks, V-neck sweaters, and waddling steps, the gentlemen assemble in their Conclave to discuss, gesticulate, and wait…. Finally, when white smoke emerges from the floral bouquet, the Chosen One dons a white fur coat and joyfully dances a Bavarian Schuhplattler. This short story ballet is bitingly sharp. And unequivocably ambiguous. Marianne Mühlemann, Der Bund, 3 June 2006 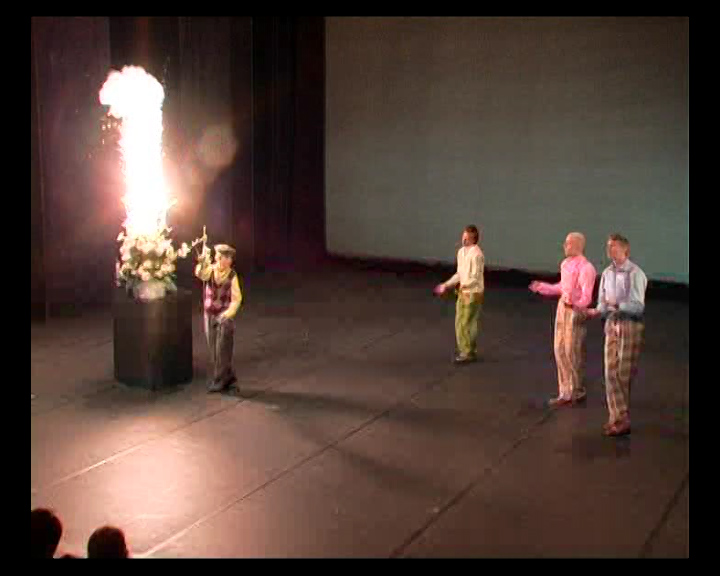 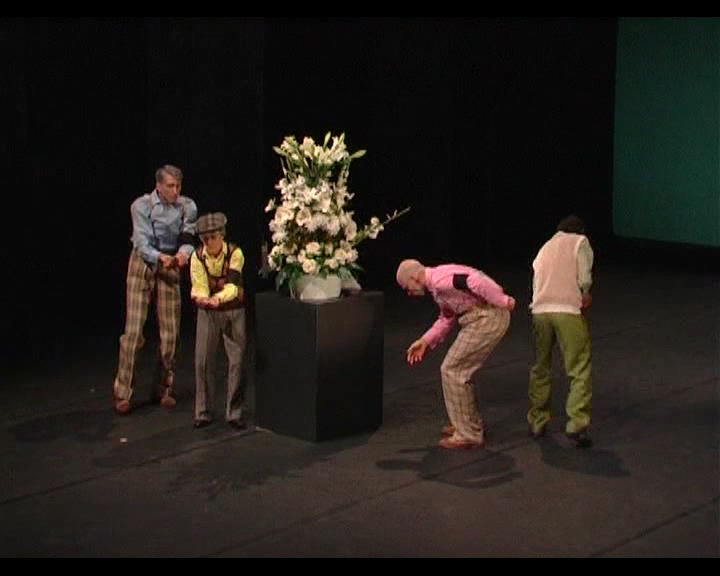